Now that Game of Thrones has wrapped up its 7th season (which was amazing by the way) I thought it would be a good time to share my filming locations tour in Malta.

I spent the entire summer in Malta and as I was planning my sightseeing tour I remembered that most of the first season was filmed on the island. With a lot of determination and an immunity to hot, humid weather, I went all over Malta to find the famous locations.

Malta is basically the European version of Hollywood, many films and TV shows have been filmed there over the years. Remember Troy? That was filmed in one of the Three Cities. Sense8? Filmed there as well. The Count of Monte Cristo? Filmed in the very palace I used to work.

Long story short, after a lot of planning and my fair share of bus problems I got to visit the main filming locations.

The first stop was the former capital city of the island: Mdina. When you enter the gates of this city (yes, literally, you’re in Rabat, you enter some gates and bam you’re in Mdina!) you immediately understand why the film-makers chose this location. This town was one of my favourite to visit, it’s very medieval, quiet (after all, people don’t call it “the silent city” for nothing) and picturesque. This place is so nice that I went there three times in the course of 3 months. The crew filmed in Mdina on different occasions:

Catelyn Stark and Ser Rodrik arrived in King’s Landing through those gates. Later, Catelyn said goodbye to her husband Ned (their final goodbye, not known at the time) to investigate on Bran Stark’s attacker – in the alley seen above.

Just stroll in the narrow streets for a bit and you’ll easily find Mesquita Square where Littlefinger’s brothel was set. Ned came to the square to meet Catelyn when she snuck in King’s Landing and Jaime Lannister confronted Ned and his men there.

Make the most of your visit in Mdina by walking in the numerous souvenir shops, getting an ice cream or getting a drink at one of the rooftop restaurants (where you can see the island illuminated at night).

The second place I visited was Fort Manoel, a remote fort that is unfortunately not open to the public. After a long walk (don’t forget to put on trainers and bring a bottle of water) from Gżira you get to see the gates on Manoel Island. Even though you can’t actually enter, it is still worth going: you can go for a dip in the beach right underneath and the view of the Marsamxett Harbour is a must-see scenery. If you look closely between the fences, you can see a courtyard inside the fort. The premises served as the Great Sept of Baelor – infamous for the beheading of Ned Stark in episode 9. That’s it, I don’t wanna talk about it any more, HE WAS A GOOD MAN AND WE ALL KNOW IT.

The third place I wanted to see was San Anton Palace and Gardens. I thought I would never manage to get there. First of all, one day after work I decided to take a bus to Attard, walked for 10 minutes (and almost got hit by a car) and then I arrived at the Palace. Unfortunately it closed early on that day, so be careful to check the opening hours. Then, I got stuck waiting for the bus for TWO hours, two very long hours. A few days later – still firmly determined to visit the filming location – I tried again and waited two hours for the bus again… I was about to give up when a friend drove by the bus stop and offered me a ride. Thank God for that!

So, finally, after a lot of twists and turns I arrived at the residence of the President of Malta. San Anton is filled with wonderful and calm gardens that operated as King’s Landing’s. Numerous scenes were shot and used as a setting for the Red Keep and King’s Landing throughout the first season. But more importantly, this was the place where Ned and Littlefinger had a few lively talks and where the appalling Joffrey Baratheon showed Sansa Stark her father’s head on a spike. Arya Stark also gets Needle back and kills someone for the first time on these grounds. 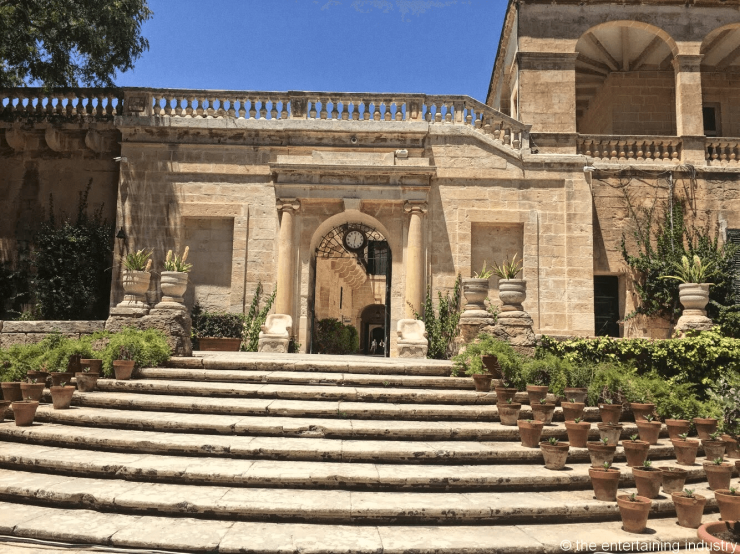 This place is a must-see whether you’re a fan of Game of Thrones or not. Especially if you love plants and flowers like me! You can visit the place for free.

Next stop: Saint Dominic’s Priory in Rabat. The convent isn’t far from Mdina, so I suggest you kill two birds with one stone! This place is one of the most iconic ones and if you only have time to visit one Game of Thrones location this one is the one not to miss. Right in the middle of the convent’s courtyard, there is a fountain where Cersei Lannister and Ned Stark met in episode 7. Ned tells Cersei that he knows about her children’s true parentage. She replies and the rest is history: ‘when you play the game of thrones, you win or you die‘. Unfortunately you cannot follow in Cersei and Ned’s footsteps but you can still see the place and I assure you: this is as good as it gets. Don’t forget to check the opening times as I recall that the priory isn’t open to the public every day.

Valletta and The Three Cities Finally, Valletta and the Three Cities doubled as The Red Keep and King’s Landing. Lots of scenes in King’s Landing were shot in the timeless streets of Valletta.

From the Upper Barrakka Gardens, you can admire the famous Grand Harbour and take a lift that leads you to the Port. In order to see the Three Cities (Birgu, Cospicua and Senglea) and Kalkara I decided to hop on a fishing boat. That’s an experience that I would highly recommend since it was super relaxing and the breeze really freshen you up on a very hot day.

First, I spotted Fort Ricasoli in Kalkara. The gates – the Gate of the Gods of King’s Landing – were entered several times by the Starks. 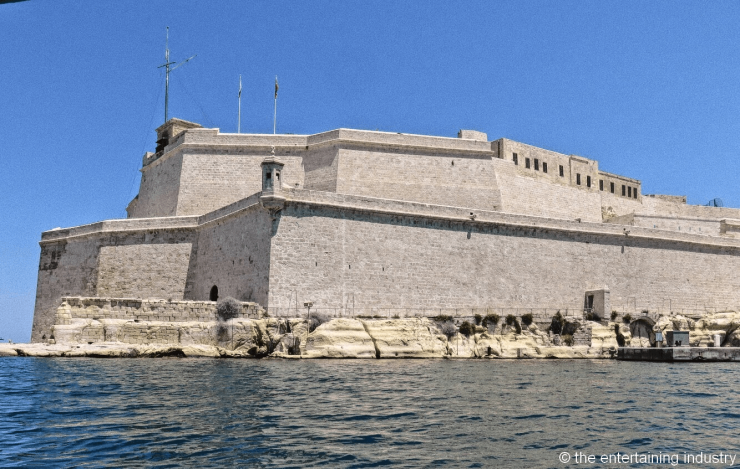 Then, I stopped in Birgu to visit Fort St Angelo (this is the only place you have to pay for to visit). Unfortunately you can only visit the upper part of the fort. The inside was used during the 5th episode when Arya chases a cat beneath the Red Keep and later as the Red Keep Dungeon where Ned was held captive.

Bus itinerary: You can find your way to the locations here. It’s impossible to give you a textbook itinerary because it really depends on where you take off. Most of the time, the bus doesn’t stop near the location so you have to walk for a few minutes but it’s all in walking distance (the island is teeny tiny). Google Maps is your best friend as much as it was mine.

You might want to book a taxi to get to San Anton Palace and Gardens.

Opening hours: Most of the places presented here are free – except for Fort St Angelo – and can be visited any time of day. However, Saint Dominic’s Priory, Fort St Angelo and San Anton Palace and Gardens aren’t always open, so don’t forget to check the opening times to avoid any disappointment.

Lift from The Upper Barrakka Gardens and Boat Ride – €10 (it can vary if you want to do a cruise along the Harbour or simply a ride to the Three Cities, I did both)

~ Now, there’s still the whole world left to visit to track down all the Game of Thrones filming locations. In the meantime, you can still pass the – game-of-thrones-less – time by having a laugh (I can’t get enough of these).